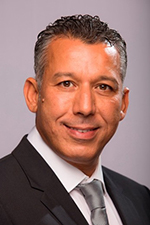 Abstract: Network Slicing also known as Network Virtualization allows multiple Virtual Networks to coexist on a single physical substrate in isolation from each other, i.e., without security or performance interferences. It has been propounded as a diversifying attribute of the future inter-networking paradigm that can enable seamless integration of new features resulting in a more rapid evolution of the network architecture. More recently, it is being rolled out in data center networks as a means to provide bandwidth guarantees to cloud applications. Efficient utilization of the shared substrate network resources is dependent on effective techniques for virtual network embedding (VNE), which maps virtual networks on physical substrate network resources. A significant body of research focused over the years on devising efficient algorithms for the VNE problem, mostly assuming that the substrate network remains operational at all times. In practice, however, physical link and node failures commonly occur as part of everyday operations, propagating in virtualized environments to multiple hosted virtual networks. Back in 2010 we removed this assumption introducing and formally formulating the Survivable Virtual Network Embedding (SVNE) problem by incorporating single substrate link failures. Since then, a number of other researchers extended SVNE in various ways to handle substrate link(s) as well as node failures. In general the goal of SVNE is to achieve reliable embedding of virtual networks, i.e., a mapping of virtual network requests onto substrate network resources capable to survive substrate resource failures. In this talk, I will present key challenges and solution ideas to reliable transport network virtualization and an outlook to 5G network slicing.

Biography: Raouf Boutaba is a Professor of Computer Science and Associate Dean Research of the faculty of Mathematics at the University of Waterloo. He is the founding Editor in Chief of the IEEE Transactions on Network and Service Management (2007-2010), and on the editorial board of other journals. He served as the general or technical program chair for a number of international conferences including IM, NOMS and CNSM. His research interests are in the areas of network and service management. He has published extensively in these areas and received several journal and conference Best Paper Awards such as the IEEE 2008 Fred W. Ellersick Prize Paper Award. He also received other recognitions, including the Premier's Research Excellence Award, Industry research excellence Awards, fellowships of the Faculty of Mathematics, of the David R. Cheriton School of Computer Science and outstanding performance awards at the University of Waterloo. He has also received the IEEE Communications Society Hal Sobol Award and the IFIP Silver Core in 2007, the IEEE Communications Society Joe LociCero and the Dan Stokesbury awards in 2009, the Salah Aidarous award in 2012, the McNaugthon Gold Medal in 2014, the Technical Achievement Award of the IEEE Technical Committee on Information Infrastructure and Networking as well as the Donald W. McLellan Meritorious Service Award in 2016. He served as a distinguished lecturer for the IEEE Computer and Communications Societies. He is fellow of the IEEE, a fellow of the Engineering Institute of Canada and a fellow of the Canadian Academy of Engineering. 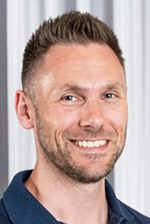 Abstract: Managing communication networks will never be a trivial task, however it does not have to remain as complex as it is today. Designing, developing and deploying innovative technologies in the realm of Intent-Driven Networking will generate enormous gains in performance (doing things better and faster) and in functionality (enabling things previously impossible).  But the task will not be easy.  This talk will highlight the main challenges ahead and the key enablers in the realization of this vision of future networks.  The presentation will make a synthesis of definitions and elements composing an archetypal solution for intent-driven networks by analyzing the work in standards, open source and research initiatives.

Biography: Laurent works at Nokia Bell Labs in Paris, France inventing new technologies for networks, turning concepts into real-life innovations. Recently, he is having fun (and some headaches) trying to combine network management and artificial intelligence.
Laurent has been involved in and led several European research projects such as UNIVERSELF, developing a unified management framework for autonomic network functions.

Laurent serves as co-chair of the IRTF Network Management Research Group (NRMG), and participates in IETF, essentially in the OPS area. Previously, he was vice-chair of the ETSI ISG on Autonomics for Future Internet (AFI), working on the definition of standards for self-managing networks.

Laurent has been recently appointed Editor-in-Chief of the IEEE SDN initiative Softwarization newsletter, and acts as Standards Liaison Officer for the IEEE ComSoc Technical Committee on Autonomic Communications (TCAC). 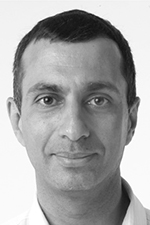 Keynote #3: The Future of Management is Cognitive

Abstract: Since the first IM conference in 1989, our community has seen the arrival (and sometimes the rapid departure) of many new technologies and practices; from the SNMP and CMIP protocol wars in the mid '90s, to CORBA, SOAP and web-based management, to mobile agent technologies, peer-to-peer, big data, and others. Still, the greatest disruption is just about to occur, with the arrival of cognitive technologies and their application to network and service management. Natural dialogue and advanced visualization will replace traditional interfaces; insights and recommendations will be delivered in the form of contextually relevant and personalized observations or predictions; automation will execute traditional service management functions with speed and precision; and help desks will give way to highly knowledgeable automated assistants that draw on the knowledge of millions of historical records. In this talk I will review selected applications of cognitive technologies in service management problems, especially problem determination and automated remediation, where cognitive algorithms assist in problem diagnosis and the selection of optimal remediation paths, and service request management, where natural dialogue and parameter recommendation replace the cumbersome navigation of traditional service catalogues.
Biography: Nikos Anerousis has been involved with the management community for over 25 years. First as a student at Columbia University where he worked on the first applications of object oriented modeling and capacity management in high speed networks, then as a researcher as AT&T Labs-Research, where he studied and developed management services for the early Internet, and subsequently at IBM Research, where he held multiple research and management roles spanning distributed middleware, service management analytics and service delivery automation. Most recently, he is leading the incubation lab for IBM Global Technology Services.

Nikos has worked and consulted extensively on all aspects and stages of the innovation lifecycle, from design, financing, prototyping, development to strategy and steady-state operations. He is an internationally recognized expert in the field of distributed systems and network management, having authored numerous peer-reviewed publications on the subject and delivered tutorials and keynote presentations. 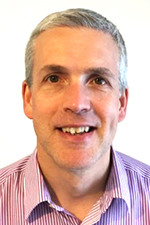 Abstract: Blockchain is a shared, replicated ledger. Its reach is wider than just cryptocurrencies, as it provides the foundation for a new generation of transactional applications that establish trust and transparency, while streamlining business processes. This presentation introduces blockchain concepts and how they apply to business networks, as well as explaining how IBM and other members of the Linux Foundation Hyperledger project are building these transformational technologies.
Biography: Dave has worked in the IT industry for 26 years. He is currently part of the IBM CTO Europe team, specializing in blockchain, and is based at the IBM Hursley Laboratory in Hampshire. The team is the center of blockchain client enablement worldwide for IBM.

In this role, Dave works with customers across a broad spectrum of industries and use-cases, including the Financial Services Sector, enabling them in their understanding of blockchain and how they can best make use of the technology within their respective industries.